SAN FRANCISCO (AP) — Stephen Curry needed every bit from his supporting cast for the Golden State Warriors to secure a play-in berth, then found his shooting touch right when it mattered most.

Curry made a go-ahead 3-pointer with 14 seconds left moments after missing from deep, and finished with 36 points to lead the Warriors past the Western Conference-leading Utah Jazz 119-116 on Monday night to keep hold of the eighth seed in the playoff race.

“It’s huge when we can get a number of players to score, because Steph draws so much attention guys are going to be open,” coach Steve Kerr said, praising the balance. “… That’s what we need. We can’t expect Steph to carry us every night offensively.”

Jordan Poole’s Curry-like 52-footer at the third-quarter buzzer went to replay review and stood, giving Golden State an 89-75 lead and serious momentum going into the final 12 minutes before Utah’s furious comeback effort in the closing minutes.

“We’ve been trying to get JP to shoot that shot all year,” Kent Bazemore said.

Curry, coming off a 49-point performance with 11 3-pointers in 29 minutes in Saturday’s 136-97 thumping of the Thunder, wasn’t nearly as sharp — but everybody else did plenty to take the pressure off.

“I thought the half-court defense did a really good job containing Steph and these guys,” said Utah’s Rudy Gobert, who grabbed 16 rebounds. “It comes down to the details. I think it was a good test for us. We came up short. We might see them again.”

“The difference is tonight Steph had three guys on him all night,” Kerr said.

Poole finished with 20 points off the bench, Bazemore scored 19 and Kevon Looney grabbed 13 rebounds to give him double figures on the boards in three straight games for the first time in his career.

“We’re playing eight guys right now so everybody understands their role, understands they’re going to get an opportunity and it’s a matter of just what you do with it,” Curry said. “I love the vibe that we have knowing it’s all we got and it’s a matter of just going out and hooping and just playing basketball and enjoying the opportunity that we all have because this NBA life is wild and unpredictable. Being able to adjust and adapt on the fly is the mark of a good team that we’re trying to be.”

Mychal Mulder’s 3 with 4:55 left in the third put the Warriors up 71-63 and Golden State got a stop on the other end. Bazemore converted a three-point at 3:57 for a 74-63 advantage before Bogdanovic immediately answered with a 3, was fouled and converted the free throw.

Kerr addressed the magnitude of this game beforehand as his team plays its final six games at home in Chase Center.

“We competed like crazy,” Kerr said. “Hell of a win against the team with the best record in the league.”

Hall of Fame Stanford women’s basketball coach Tara VanDerveer and her NCAA champion Cardinal team were in attendance and recognized on the big screen during a first-quarter timeout. Highlights were shown and Kerr offered a congratulatory message to friend VanDerveer.

“It’s been amazing. We are all such Warrior fans,” VanDerveer said. “It’s great to be here. It’s really great that their team is recognizing our team, too.”

Jazz: Clarkson missed all seven of his 3-point tries in the first half and began 0 for 8 before finally connecting from long range with 45.2 seconds remaining in the third. The Jazz shot 13 for 44 from deep on the night. … Utah’s nine first-half turnovers led to 15 points for Golden State. “I thought we had some turnovers that ended up in easy buckets for them. That’s what I told our guys,” Jazz coach Quin Snyder said. … The Jazz are 9-10 on the road vs. the Western Conference with two games remaining, at Oklahoma City and Sacramento.

Warriors: Draymond Green’s technical foul at the 4:10 mark in the third didn’t end up costly. … F Damion Lee, Curry’s brother-in-law who contracted COVID-19 despite being vaccinated, was back on the court shooting for the first time, an encouraging step for Kerr and everybody to see in his recovery. Lee watched from the baseline table. … F Eric Paschall continues to progress in his recovery from a strained left hip flexor and Kerr spoke to him today, remaining hopeful Paschall might play this week. He played 3-on-3 again Monday. “We’re hopeful he will be back before the end of the regular season but we’ll see,” Kerr said. … Golden State has won two in a row at home.

Jazz: Host Portland on Wednesday in Utah’s final regular-season home game. The Jazz have won the last three with the Trail Blazers and also three in a row at home.

Warriors: Host the Suns on Tuesday night in their final set of back-to-backs. Golden State has lost the last two against Phoenix. Clippers’ Leonard listed as out for Friday’s Game 6 vs. Utah – Cache Valley Daily

LOGAN, Utah – Utah State men’s basketball has added another non-conference game to its schedule as the Aggies were announced as one of four teams Utah Jazz center Rudy Gobert, rear, defends against Los Angeles Clippers guard Paul George (13) during the second half of Game 5 of a second-round

RT @ESPNStatsInfo: The Clippers trailed by 25. Tonight was the largest comeback in a series-clinching win over the last 25 seasons. Nobo… 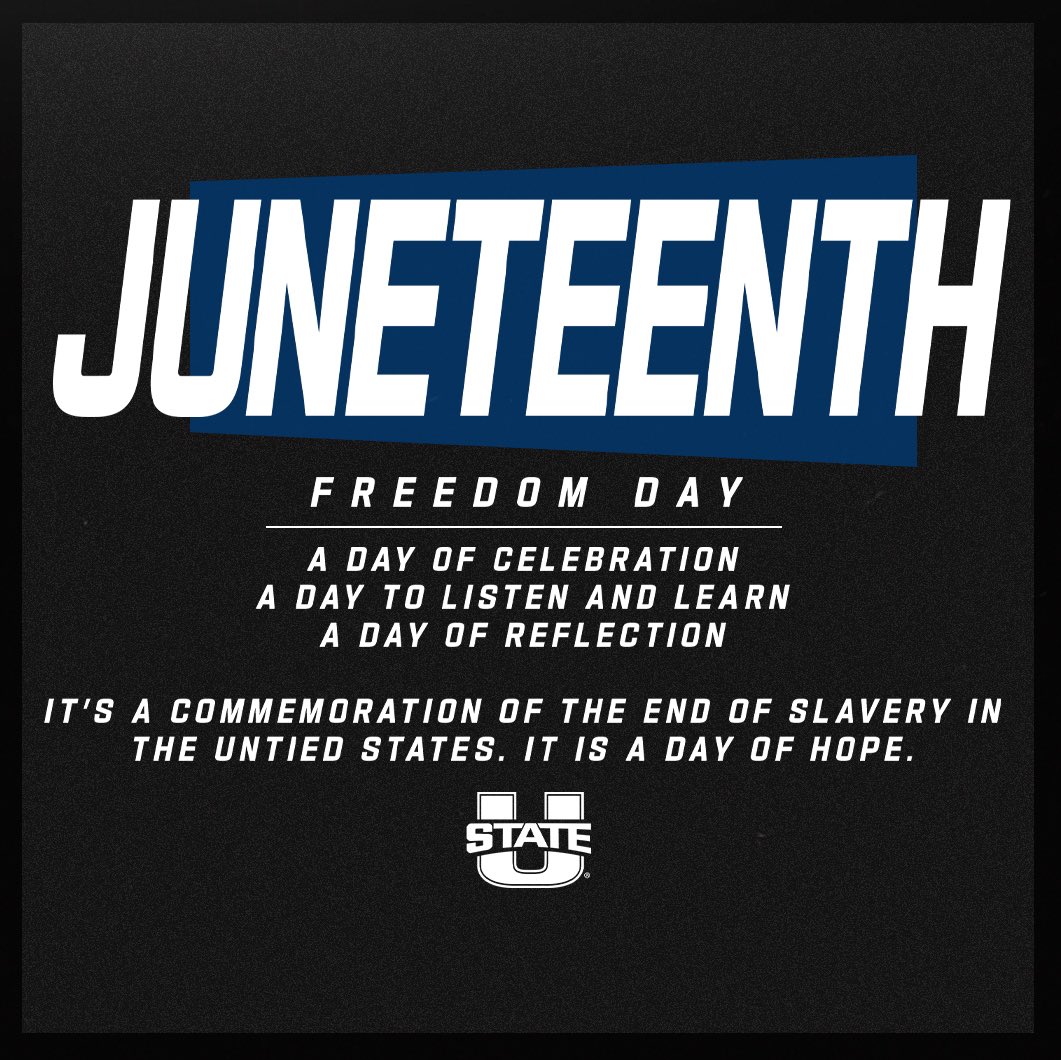 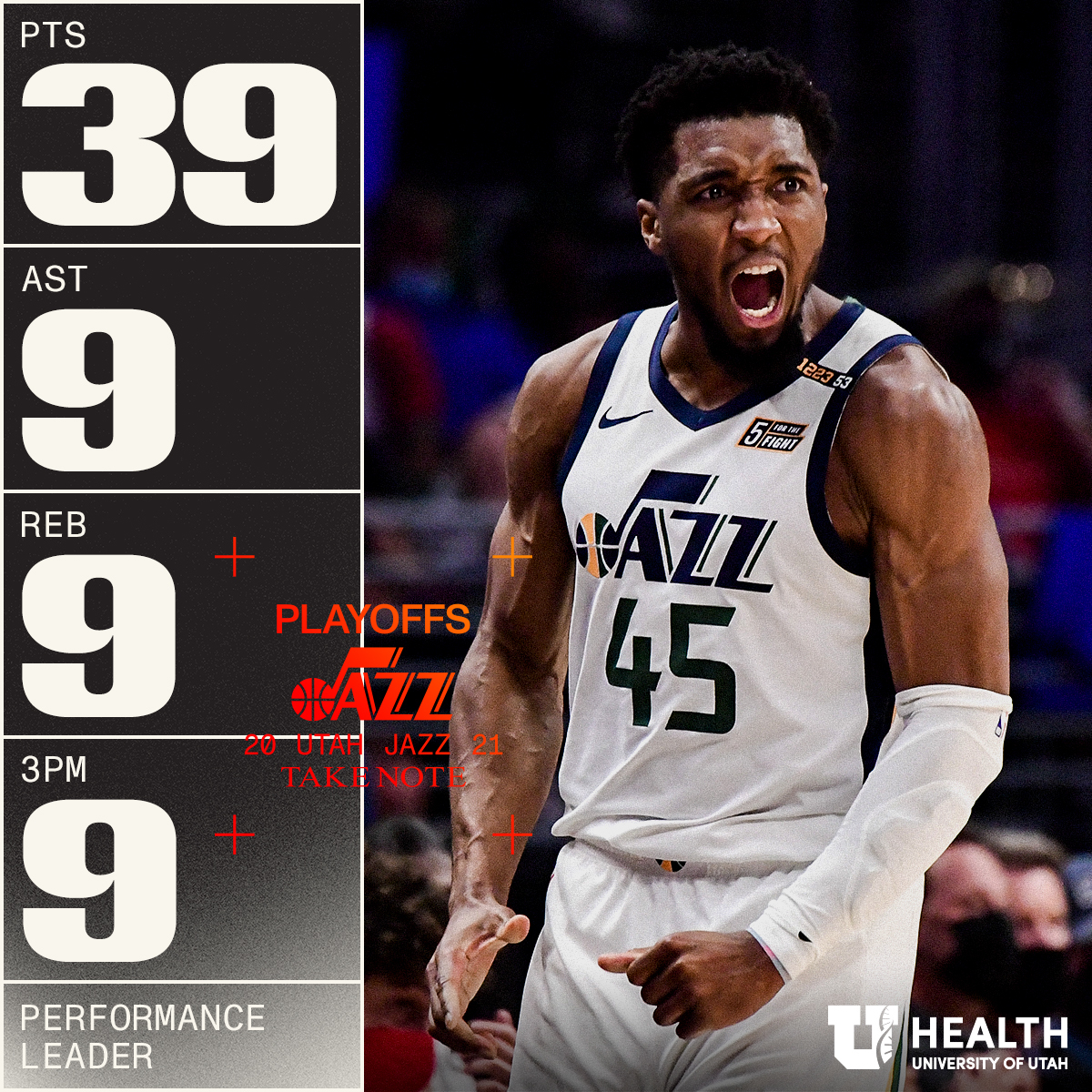 Expect: * Rudy to get absolutely blowtorched by the National Media Monday. * Utah Jazz be the laughing stock Monday. * Egregious suggestions from Jazz fans to Front Office. * A major empty hole in you... 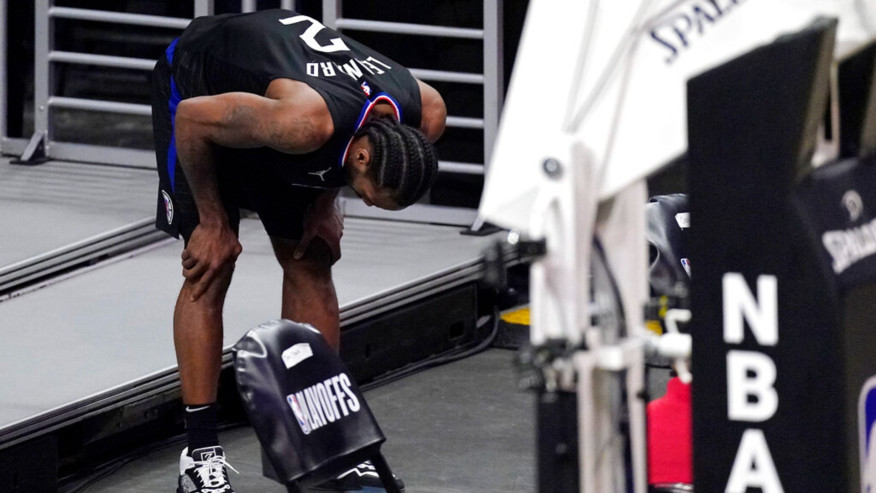