NORTH LOGAN – The final RPI rankings are out and pairings set for the 4A boys soccer playoffs as announced by the Utah High School Activities Association. After Green Canyon defeated Logan 2-1 and Sky View defeated Mountain Crest 2-1, the two teams end up sharing the Region 11 title (both with 8-2 region records). However, Green Canyon is awarded the #2 seed because of the Wolves’ 13-3 overall record with the Bobcats not far behind, finishing the regular season ranked #5 overall with an 11-4 record.

The Mountain Crest Mustangs (10-6) finish ranked #7 and the Ridgeline Riverhawks (9-7) finish ranked #11. Besides Green Canyon and Sky View getting first round byes in the upcoming 4A boys soccer playoffs, Mountain Crest and Sky View also get the weekend off and will face their opponents on Wednesday, May 5th. Logan (4-11) finishes the regular season ranked #16 and Bear River (0-14) struggled to find any wins this season and finish #21.

Besides announcing the final RPI rankings of the season, UHSAA also announced the playoff pairings for 4A boys soccer. If Bear River can pull off the upset at #12 Cedar Valley (5-8) on Friday, April 30th they will travel to Smithfield to face #5 Sky View on Wednesday, May 5th. Logan will host #17 Pine View (4-12) on Friday (currently scheduled at 4 p.m.) and if the Grizzlies advance they will travel to face #1 Juan Diego Catholic (14-2) on May 5th. One of Juan Diego’s two losses came at the hands of the Mountain Crest Mustangs on March 12th. 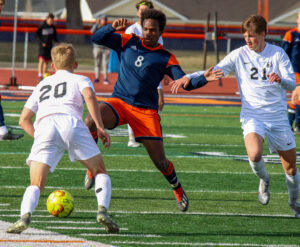 Green Canyon awaits the winner of #15 Uintah (5-9) vs #18 Hurricane (3-12). Also on Wednesday, Mountain Crest will host #10 Desert Hills (10-6) while Ridgeline will travel south to face #6 Crimson Cliffs (12-5). If Mountain Crest and Green Canyon win their games in the 2nd round they will square off against each other in North Logan on May 12th (the teams split their regular season series 1-1 with the home team winning each time). If Ridgeline were to advance, meanwhile, they could be heading south again to potentially face #3 Dixie (12-3).

The first three rounds will be played at home sites of the higher seeded teams. Semifinals will take place at Jordan High School on May 17th with the championship taking place at Rio Tinto Stadium on May 18th at 7 p.m. 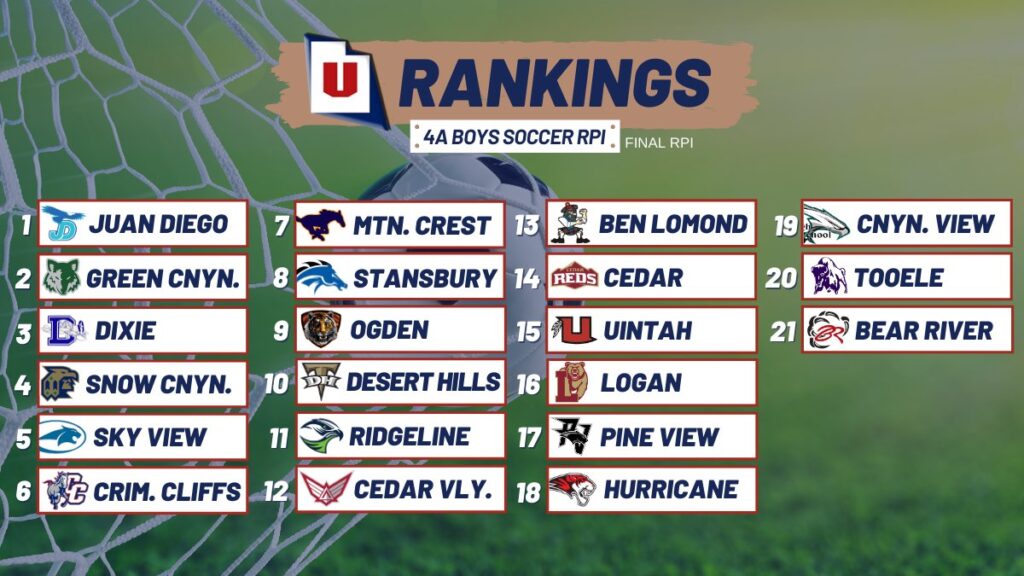